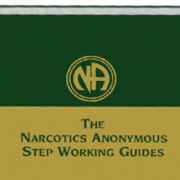 I found this article thought provoking. It ends with an invitation to dialogue around this topic. If you have any thoughts you’d like to share, I’d love to hear them. I’m thinking about running another issue around this topic in the future. Send submission to natoday@na.org.au or just add a comment in the box below this blog

“I have an issue which I think is important to the future of NA and I would like people to discuss. I believe we may have made a mistake in some of our literature and it is causing a conceptual shift within the fellowship. I think this is being addressed informally or coped with at present but may grow and become detrimental in the future.

The problem arises from a contradiction in our literature leading to an inelegant theoretical base. For example, the basic text states that, “we know well the two things that make up our disease, obsession and compulsion to use drugs etc…” It goes on to say that “through abstinence, our disease can be arrested and recovery is then possible”.

In the new Steps Working Guide (SWG) however, it asks the question “how is your disease operating today?”, as well as numerous other examples that imply we are always acting in our disease somehow.

Has the disease been arrested or is it still operating?

I believe this is a clear and simple contradiction, not just in theory but mostly for the newcomers’ perception of what it means to have the disease and how to work the steps. I think it leads people to believe that all manner of normal human behaviour is now within the confines of the disease. Perhaps it doesn’t seem very important but I believe these different theoretical approaches lead the newcomer to different understandings of themselves within the program and very different focuses regarding self. The basic text states that “self-obsession is the core of the disease” and I was always told that the antidote to our self-obsession was that “we keep what we have by giving it away”. We pay it forward so to speak, that by helping others, by passing it on, we stay clean.

I think the SWG adds a couple of unnecessary burdens onto the newcomer which may not pay significant dividends. Firstly, the focus on self during the working of that guide becomes extraordinary. Subsequently, because there is a negative experience from doing this, a serious resistance to the process arises, which in turn has a shaming effect when “step work” is not done. How many times in the last few years have I heard newcomers severely admonishing themselves for not doing the steps, and saying they hate working them because they are so boring, when in my opinion they are working the steps by not using, being at a meeting, sharing with a sponsor and others, etc. Since the SWG has been published, my experience of working with sponsees has qualitatively changed, particularly the expectations they have of themselves and what it means to work the program. They can turn up with reams of paper filled with detailed analytical notes, chronicles of self. I know what my sponsor would have said: “What have you done for someone else lately?”

I think the assumptive base of the SWG has created a religious moral paradigm where all behaviour is subject to the label of disease rather than the original bio-medical assumption that the disease is made of physical compulsion and mental obsession to use drugs. The rest of our behaviour is then seen as an opportunity to live life on its own terms, defects and all. Are they defects of character or are they the disease operating?

It may well be that people are of the consensus that the disease does encompass our whole life and all our behaviours, that all distractions are distance from God, but if this is the case, then we should be explicit about it in our literature, and we should refrain from saying we are a spiritual not religious program, because I believe that is the very definition of religious in that sense.

On a practical level, I don’t think we should have contradictory approaches as part of the same theoretical base within our literature. It represents a fundamental flaw in our theoretical underpinnings making us seem inelegant and unprofessional. Also, I think it has created an old-school/new-school division which often leads to miscommunication. I do not know many old timers who like this book unless they are using it piece meal. Many of the people I have asked definitely think it is either not the most effective way of working the steps, or “not for everyone”, or just simply “a sponsor’s nightmare”. It encourages people into writing endless notes about themselves, expecting sponsors to sit there and listen to it. It is highly repetitive, making many steps into what seem like step 4s. I think newcomers should be told that working the steps is about making actual changes in their character, changing what we say and what we do, not just answering the questions in the green and gold book. “Formal” step work is a new conceptual phenomenon defined by sitting and writing.

I have had a few sponsees tell me I am doing it wrong, looking at me suspiciously when I say I haven’t worked through the whole guide myself from start to finish. “So what you’re telling me is that you haven’t worked the steps?” they say. Well if that were true, no one prior to 1998 ever worked the steps because that book didn’t exist. What were all those members for the last forty something years doing then?

I would like to undertake a qualitative research project investigating certain questions regarding people’s use of the SWG to find out whether people are expending effort to overcome it or using it as an effective tool. I think it is an important for the long-term future of NA. 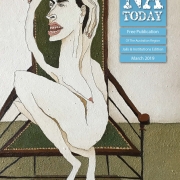 01mayAll Day03CancelledFNCNA CONVENTION ( far north Coast )DBA ( Details be advised ) We regret to announce that this event has been cancelled due to the lack of available venues this year. Please join us in 2021.