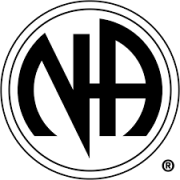 The disease of addiction is indiscriminate.  Addicts come from all walks of lives. What we share is our inability to stop using drugs. The message of NA is that an addict, any addict, can get clean from drugs, and stay clean from drugs. This story, reprinted from the November issue of NA Today, tells the story of one of our wealthy and successful, well educated addicts from a good home, who experienced the horrors of addiction. This story also explains how this addict got clean from drugs through the 12 step program of Narcotics anonymous.

I came from a wealthy, educated family. My grandfather was a judge of the Supreme Court, and my father ran his own law firm. I attended private school, and went on to university where I obtained two degrees; a Bachelor of Science and a Bachelor of Commerce. After graduating, I setup my own accounting firm. It was a great success, and I found myself with more money than I knew what to do with. I bought a house with my girlfriend, drove a new car, had nice furniture, went on extravagant overseas holidays, and was looking to get married in the coming months. I had grown tired of accounting, and so made a decision to sell the firm and go back to university to study medicine. I had just been accepted into medical school, and was negotiating the sale of my business.

On paper it all sounds pretty damn good. But what I failed to mention is that I would shoot up meth under the desk with my secretary in the room, because I couldn’t wait the 2 minutes it would take for her to leave. Nor did I mention the long-standing clients I would fire due to suspicion that they were spies for the Australian Federal Police. And the insanity wasn’t just confined to the office. The rare occasions I did come home would often be spent explaining to my distraught girlfriend why “someone else” was stashing their needles under our sink, or why I was wondering the streets naked at 4am pulling apart fridges on the side of the road (listening devices, obviously). My whole family witnessed me overdose at my mum’s house, and then watched in horror as I shouted that the paramedics – who had saved my life – had no right to take me to hospital. And perhaps I was shouting because I didn’t want my life to be saved. I can’t say I was suicidal, but I certainly wanted to be dead.

I remember feeling betrayed by society. I had been sold this idea that with enough external stuff – the house, the girlfriend, the education, the money – I would be happy. But here I was with everything, and all I felt was an excruciating emptiness. I knew that something had to change, I wanted to get clean from drugs so badly, and so I sent myself to a 12 step rehab in Thailand. Our rooms were cleaned and restocked with fresh fruit every morning, the smoothie bar was open from 10am – 3pm, and we got massages twice a week. As cushy as it was, I learned from that rehab how crucial NA meetings were going to be if I wanted a better life. I promised myself I would start going regularly.

I graduated rehab, finalised the sale of my business, and moved from Perth to the Gold Coast to begin my medical degree. As promised I started attending regular meetings. But these addicts weren’t like the cashed up foreigners I’d met in Thailand. They had neck tattoos, wore gold chains, and sported the latest TNs they’d purchased with Afterpay. They spoke of homelessness, long jail sentences, and multiple admissions to the psych ward. I watched as people struggled to read the Just For Today out loud, and got teased when using the word “laborious” in one of my shares. People at meetings were sharing how they’d finally found their tribe, but I couldn’t have felt more differently.

Despite this sense of separateness, I adhered to the cliché and kept coming back. After all, what other choice did I have? It was clear that NA was my last chance at a good life, and I wasn’t about to throw that away just because I felt different. I knew if I wanted to get clean and stay clean, NA was my best chance. Slowly but surely I started chatting to people after the meetings, went for coffee, got a home group, took on a service position, and even started getting invited to birthday dinners. Granted, if you saw us walking down the street together it would’ve looked a bit odd. But through developing those relationships I learned a most valuable lesson.

I’ve never so much as been charged with possession, let alone gone to prison. Although I’ve been in psychosis, I have no idea what the inside of a psych ward looks like. And while I’ve been to rehab, it could perhaps be better described as a 5-star resort. I don’t have tattoos or wear gold chains, and I can’t relate to homelessness, financial insecurity, or illiteracy. But what I can relate to is the dishonesty and manipulation we practiced on a daily basis to stop people from getting in our way. What I can relate to are the soul destroying measures we would take to get our drugs. And what I can relate to is the sense of hopelessness, despair, and excruciating emptiness we would have done anything to alleviate. And I have found that to be more than enough.

It is not where I have been or what I have done that has earned me my seat in NA; I have paid for that privilege with my pain. Thanks to NA I am now clean from drugs.

Here are some to events happening around Australia to celebrate New Year’s Eve without the use of drugs.

Come along to these events and get some fellowship, fun, dancing, merriment, and recovery with your fellow recovering addicts. If it isn’t listed here, you may find that your local area is organising something, too.

One of the challenges of being in recovery is finding new ways to celebrate without using. Many of us had to learn how to have fun in recovery!

If you want to get clean and stay clean, NA can show you how to live a drug free life. Thanks to Narcotics Anonymous, you never have to use again.

If your area is having an event and you don’t see your event listed here please add it by submitting a new event. 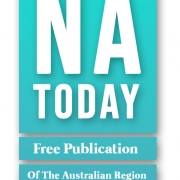 Narcotics Anonymous offers freedom from drug addiction. Our message is that any addict can get clean from drugs and stay clean. Narcotics anonymous is a 12 step fellowship operating in Australia. We have 100’s of meetings where addicts can come to get clean all over the country. This edition explores the experience of our members working the steps of Narcotics Anonymous 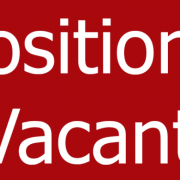 There is a new location for Service Position Vacancies on the Australian Regional Service Committee.